FIR penetrates deeper into your body that regular heat. It is proven to alleviate pain without the discomfort of traditional or pharmaceutical side-effects.
Application results in a stronger immune system, better cardiovascular health, and a shorter healing period.

There are so many therapeutical applications for Far Infrared heat. We have provided you with further applications and research below.

What are Electro-Magnetic Fields?

Electromagnetic Fields (EMF) and Electromagnetic Interference (EMI) are made up of a combination of electric waves and magnetic waves. EMFs are produced wherever there is an electrical current. Basically any appliance, tool or object powered by an electrical current emits a certain level of EMF. Home appliances such as refrigerators, TVs and computers emit comparatively large amounts of EMF, the microwave an even larger amount. However, unknown to most is the fact that the highest potential for increased health risk from EMF exposure comes from conventional personal heating products, such as a common electric blanket.

What Are Government Studies Saying?

"The NIEHS agrees that the associations reported for childhood leukemia and adult chronic lymphacicytic leukemia cannot be dismissed easily as random or negative findings...the evidence suggests passive measures such as a continued emphasis on educating both the public and the regulated community on means aimed at reducing exposures are beneficial.

"To one degree or another, all three of the DHS scientists are inclined to believe that EMFs can cause some degree of increased risk of childhood leukemia, adult brain cancer, Lou Gehrig’s Disease, and miscarriage.“

"It has now become generally accepted that there are, indeed, biological effects due to field exposure.“

Principle: When lightning strikes, thunder and light disappear, but the electric power (energy) itself is a strong electromagnetic wave and is drawn to the lightning rod where the negative electric potential is spread around and absorbed into the ground (earth) through the rod.

Shield Life's patented shielding technology eliminates virtually all EMF and EMI, while creating a warm, comfortable sanctuary in your home. While most generic heating pads or electric blankets are made of a single electric wire, Shield Life state-of-the-art three-layered heating element wire is at the core of the EMF shielding technology. First, two of the most advanced heating element wires are carefully cross-wound to offset the harmful EMF. Then, our patented and continuous heat-sensing wire is wrapped around the dual heating element to create the safest heat-sensing system available. Finally, a copper wire mesh is placed over the three-layer heating element to withdraw residual EMF and suppress the growth of bacteria and germ, helping reduce odours. 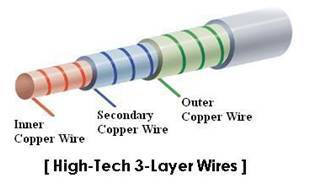 The Shield Life Patented Heat Sensing wire gives an added measure of safety; reducing the risk of fire through the use of a the three layer heating element wire that serves as a temperature sensor. Competitors’ products place over-heating sparingly, increasing the potential for delayed accident prevention, jeopardizing the user. The patented safety features detect four differing characteristics to ensure constant vigilance.

Ions are charged particles, either positive or negative, that attain a charge through the loss or gain of electrons. A positive ion has fewer electrons than protons, resulting in a net positive electrical charge. Negative ions contain additional electrons, which provide a negative electrical charge. Essentially odourless, tasteless and invisible molecules, they can be observed in everyday interactions such as static electricity. However, this common particle can contribute to an improvement in overall health and wellness. 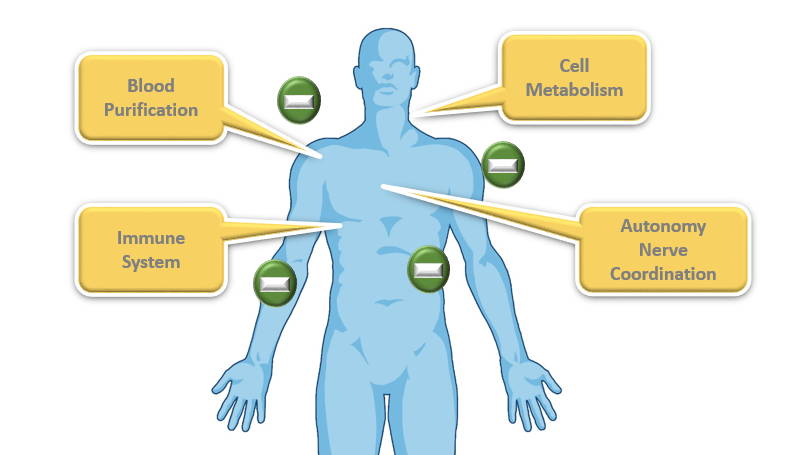 Have you ever felt refreshed while hiking through the woods or after having spent a day at the beach? This is due in large part to the elevated level of negative ions that are present in forests, beaches, waterfalls and other natural water sources. Negative ions have been reported to contribute to positive changes in mood and behaviour. Another way that negative ions help promote greater heath is through reducing the air of dust, pollen and other domestic air borne pollutants. Through the simple act of breathing in negative ions, you can facilitate an increase in metabolism and circulation, all major contributing elements to a better night's rest and relief.